The Pot Belly had us

Thanks to everyone who came out last night to The Pot Belly, was a blast of a night! ?=? caused some controversy when one of the friendly local lasses wanted to introduce the band. There was a little problem with pronunciation - but after everything was smoothed over the band went on to blow everyones socks off. Not bad for a first gig! It was also indescribably awesome to see Fat Controller get up and do their stuff. A days notice and not jamming together for over a year an a half really agrees with the guys, they sounded amazing! Cheers fellas!

I hope you all had as much fun as we did and we'll see you all next time! 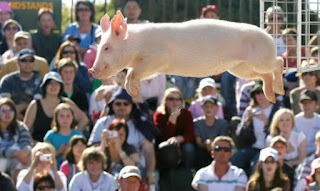 By Hence the Testbed - March 24, 2012
Email ThisBlogThis!Share to TwitterShare to FacebookShare to Pinterest